Looking Forward/Looking Back: Childhood and Youth

The panel discuss writing from the perspective of the child; treating child protagonists with the seriousness they deserve, and young audiences with the respect that is their right; what this means from an indigenous perspective; and how trauma can act as the doorway to empathy. 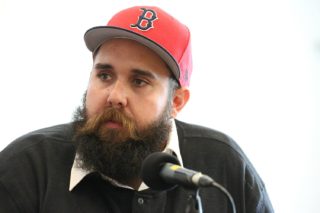 Ryan Griffen created and co produced both seasons of the high concept genre television series Cleverman. The series had its premiere at the Berlin Film Festival and is screened on ABCTV in Australia, the BBC in the UK and Sundance TV in the United States. Ryan’s goal in the industry is to bring the rebirth of Genre back to Australia, inspired by 1950’s cinema all the way through to the 80’s genre films: Ryan wants to tell similar stories to those he was drawn to growing up. 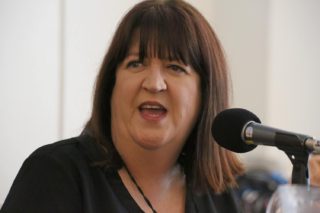 Dianne Touchell was born and raised in Fremantle, Western Australia. Her debut novel Creepy & Maud (Fremantle Press, 2012) was shortlisted for the Children’s Book Council of Australia’s Book of the Year Award in 2013 in the Older Readers category. She has worked as a fry cook, a nightclub singer, a housekeeper, a bookseller and manager of a construction company.