The China Australia Writing Centre (CAWC) have been delighted to work closely with poet, scholar and translator Dr. Iris Fan Xing on the forthcoming second volume of our translation project, Homings & Departures. While the first volume of Chinese poetry in this series featured a wide variety of translators from across the globe, the second volume of 41 contemporary Australian poets has been solely translated by Fan from the original English into Chinese. 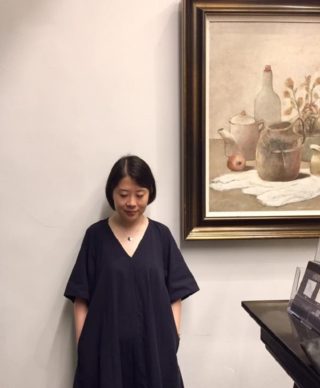 Fan was born in Guangzhou and migrated to Australia in 2012 to pursue her postgraduate studies at the University of Western Australia. After completing her PhD in comparative literature and creative writing, she moved to the USA in 2018, where she currently lives and works in New York City.

She has published two bilingual books of poetry: Lost in the Afternoon (2009) and South of Words (2018) and was awarded first prize in the Poetry Section of the Hong Kong City Literary Awards in 2011. Her poems and translations can be found in Wings, Cha: An Asian Literary Journal, Fleurs des Lettres, Voice & Verse, Poetry Monthly, Chinese Western Poetry, Cordite Poetry Review, and Westerly.

Fan has worked with CAWC since the inception of the Centre at Curtin and Fudan in 2015. She was instrumental in developing the striking program of the Centre’s first Symposium which included such writers and scholars as Zhou Zan, Xi Chuan, Lucas Klein, and Ou Ning. She also chose and translated a selection of contemporary Chinese poetry by women for a special issue of Westerly in 2017.

Her central role at CAWC has been as the translator of the second volume in the Homings & Departures project edited by Lucy Dougan and Paul Hetherington. The companion volume of Chinese poetry was edited by Fudan University colleagues Bao Huiyi and Hai An, which was published in China by Qinghai People’s Publishing House in 2018. A selection from that volume has been featured in the Australian journal, Cordite Poetry Review as an online chapbook.

In the introduction to her PhD, In a Foreign Voice: A Creative and Critical Response to Australian and Chinese Women’s Poetry After 1949, Fan traces the personal and textual touchstones of her development as a poet, scholar and translator. These range from classical Chinese poems that her parents read to her; the work of the Bronte sisters in Chinese translation; the emergence of Chinese women’s poetry as a critical discourse in Mainland China in the 1980s, and her BA thesis on the intertextual relations among Virginia Woolf’s Mrs. Dalloway, Michael Cunningham’s The Hours, and Stephen Daldry’s film adaptation of Cunningham’s novel. Of the latter Fan writes that she was “fascinated by the interconnection between these three works, especially the ways in which one text could give rise to another, and the original could be rewritten and extended into a new text with a new historical and cultural setting.”